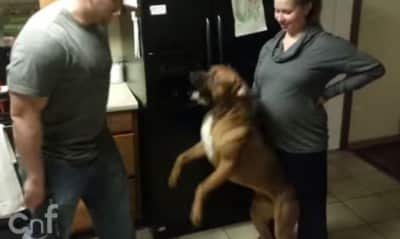 Tiffany Windahl Urban your dogs when you were prego. And afterwards with JT lol