Sandy the Pomeranian (10) managed to escape the house fire with owner, but ran back in to save her 13 year old friend, a Chihuahua named Tina.

Sandy ran to Tina and stayed with her until the firefighters arrived a few minutes later.

Their owner, Lily Ifield, was horrified when Sandy went back into the smoke-filled house.

“I thought my home was going to explode. There was just this big billowing cloud of black smoke. All I thought was ‘Oh my God’ and ran out. I couldn’t really see as there was smoke everywhere. It was confusing; I couldn’t ring anyone, because my phone was inside.

“I called sandy out and she was by my side, but the next thing I knew she had gone in to get Tina. She didn’t come out again and I was just crying.”

She added: “The firemen couldn’t believe Sandy went in to the smoke filled house to look for the little one.

“He said when he came in they were both sitting side-by-side in the kitchen and Sandy was looking after her. He was so brave he ran in not knowing if the house was going to go up and didn’t think of himself.” 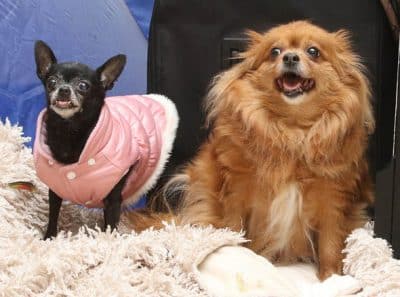 “The dogs are best friends and Sandy is always looking after Tina. But after the fire they are even closer and they just cuddle up to each other,” Lily said.

The firefighter who brought the dogs out said “We got them out before there was a chance for them to be affected by smoke inhalation.

“The 13-year old one was the smallest C hihuahua you’ve ever seen. They were only going to come out together.” 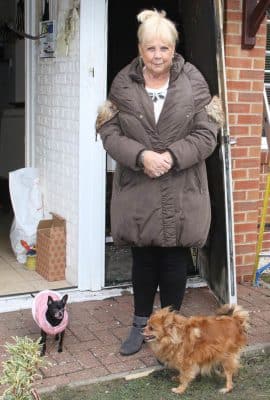