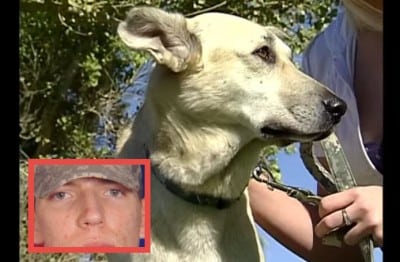 This video is the story of how a stray dog saved the life of a soldier and was rewarded for his loyalty. Army Corporal Peter Pero was deployed in Iraq when he befriended a stray dog who he named Scar. Scar followed Peter everywhere… so when the soldier was out on patrol one day, Scar accompanied him. That’s when Peter was about to get ambushed until Scar warned him of the imminent danger and saved his life!

Peter’s wife Ana now takes care of Scar. He was a stray dog, living on the streets of Iraq… but because of his bravery and loyalty to his friend, he was given the best reward possible… now he is thousands of miles away in Indio, California; and in a place where he is safe and taken care of. The friend who changed his life will be returning soon and both Ana and Scar are waiting for the day when they can embrace their loved one.

What did you think of this amazing story? Let us know with your comments!

Also don’t forget to SHARE this wonderful story of friendship with all your friends and family in Facebook!

Have a good day!

4 replies on “Stray Dog Saved Soldiers Life… How He Was Rewarded Put A BIG Smile On My Face!”

I love these types of stories!!!!