Maggie the dog was staying at a Canadian pet motel/foster care center. Maggie had had a litter of puppies previously, and was evidently missing them, based on what she did next.

When employees checked the security cameras, they noticed Maggie was outside of her kennel. She was lying in front of a kennel that had 2 scared little puppies. It was their first night in this new place.

“We’ve never really seen it before, where a dog sneaks out to some puppies and is so excited to see them.”

When they returned, they decided to let the dogs meet.

“She kind of directed Sandy to the puppies’ kennel so Sandy let her in and she was being really affectionate,” Aldred explains, “Sandy stayed in their for about 15 minutes and then said, ‘Well it looks like they need each other,’ and then let Maggie stay the night in their kennel.”

When they returned the next morning, they were still cuddled together. 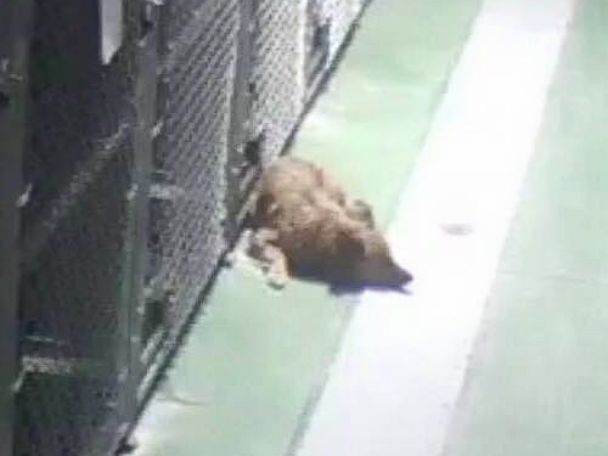