Jennifer’s lungs still hurt half a week later. She can deal with it, but if you ask her about what might have happened, she tears up.

Jennifer DeStefani’s friend Marta DeGennaro was attending a wedding and asked Jennifer to watch her dog: Bandit, a Pomeranian-Poodle mix.

The DeStefanis had some pets of their own already, a cat and a Shar-Pei. Jennifer wasn’t convinced the animals would all get along, so Bandit stayed in her room.

Her husband Rich was sterilizing a hairbrush in boiling water. While the pot quietly boiled away, the family forgot and went to bed.

Eventually, the water was gone and the plastic brush began to burn. The kitchen filled with smoke, spreading to the whole house. The family lay sleeping. 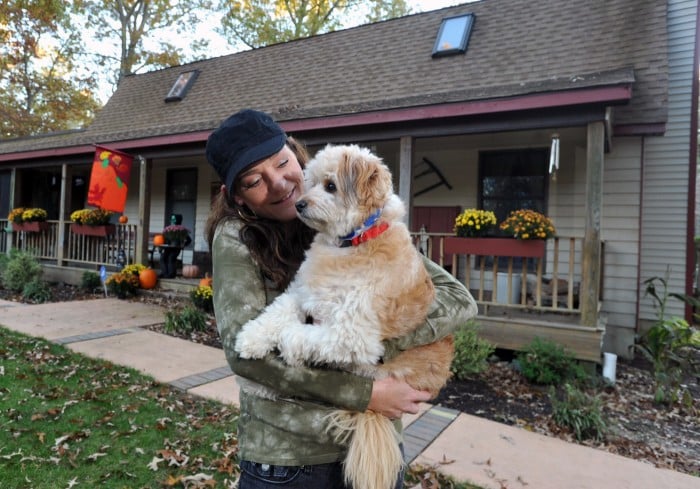 “I smelled something strange and thought, ‘What the heck?’” she said.

Opening the bedroom door, the smoke made it so she couldn’t see her hand a few inches away.

She rushed to wake her husband and daughter, age 9. The family opened the windows, grabbed the pets, and ran outside.

Stitch, the family Shar-Pei, normally barks at everything. Except smoke, it seems.

Volunteer Fire Company Captain Larry Birch was the first responder. There was a “moderate” amount of smoke in the house when he arrived. The fire crews set up ventilation fans and cleared the smoke.

A firefighter for 11 years, Birch is used to fires. But rescue dogs are not all that common.

“From the years I’ve been doing this, we’ve had two other reports of animals waking up the residents,” he said.

The smell of burning plastic still lingers in the house. Scented candles were unsuccessful in obscuring the smell. Even after days of washing clothes, everything still smells like smoke.

The pot is obviously ruined, a purple-green and glittery glob marking a hard learned lesson.

Bandit is back home. All the smoke alarms were returned, since only one went off, and that was after the firefighters were already there.

Fortunately, there was a fluffy little smoke detector staying with them that night. 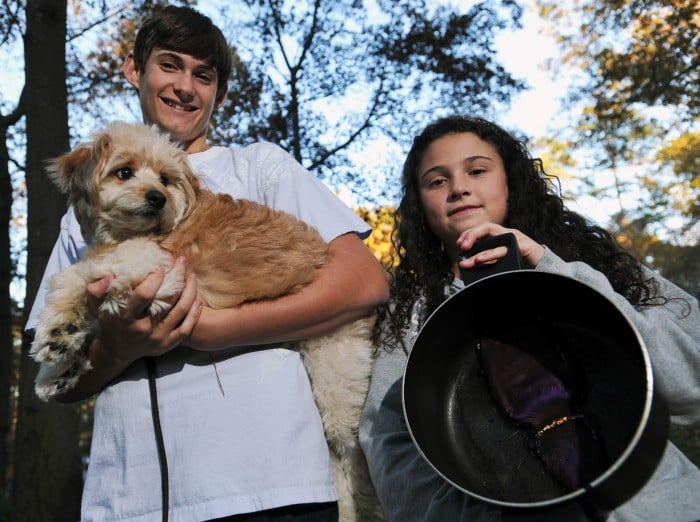