Negao isn’t your typical gas station employee, and not just because he’s a dog.

But he didn’t always have a job. 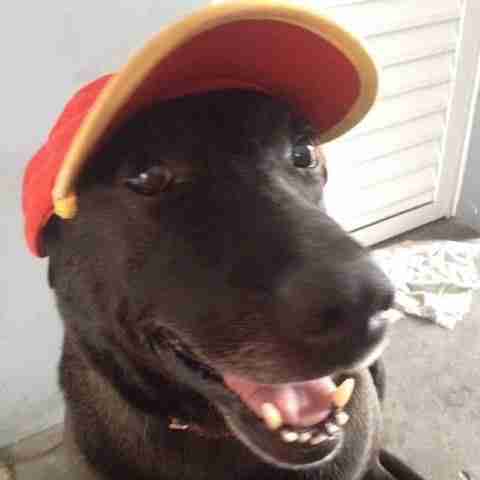 2 years ago, Sabrina Plannerer and partner purchased a Shell Gas Station in Brazil. While it was under construction, Sabrina discovered a dog who had been abandoned there. He was too frightened to leave.

Instead of sending him away, they decided to rescue him.

“We adopted him immediately and got him all the care animals need,” Plannerer tells The Dodo. “We took him to the vet to get vaccinated and de-wormed. We bought him food, a dog house, and a leash to take him on walks.”

It seemed only natural to give him a job when their gas station opened. He even has an employee badge. 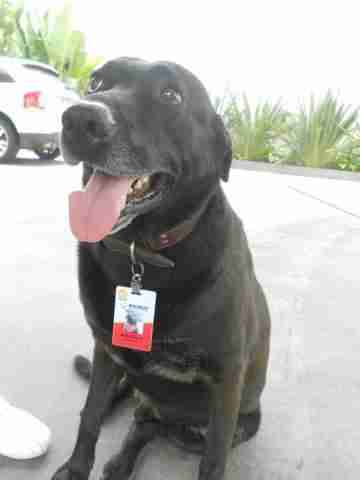 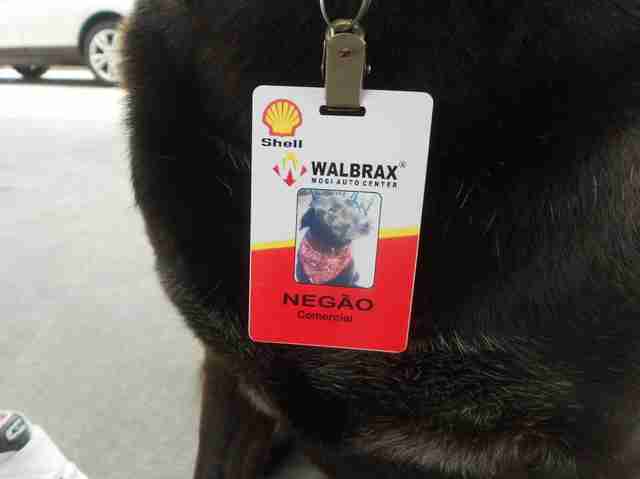 Sabrina wasn’t sure how Negao would react to a large number of people coming to his home, but he has proven himself as a model employee. 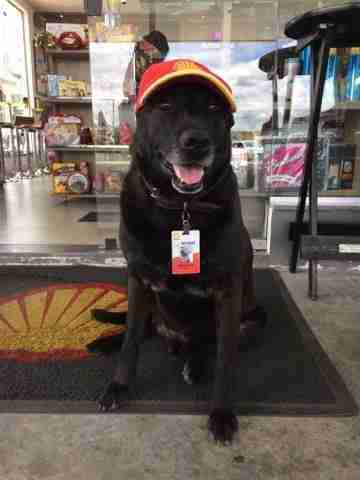 “Negão waits for people to arrive, and then goes up to say hello, winning them over with his charms,” Plannerer says. “Customers love him. Some people even bring him toys.”

While Negao enjoys his job as official greeter, he also lives a full life. He gets taken on regular walks. The gas station is staffed 24/7 so there is always a co-worker to take care of him. 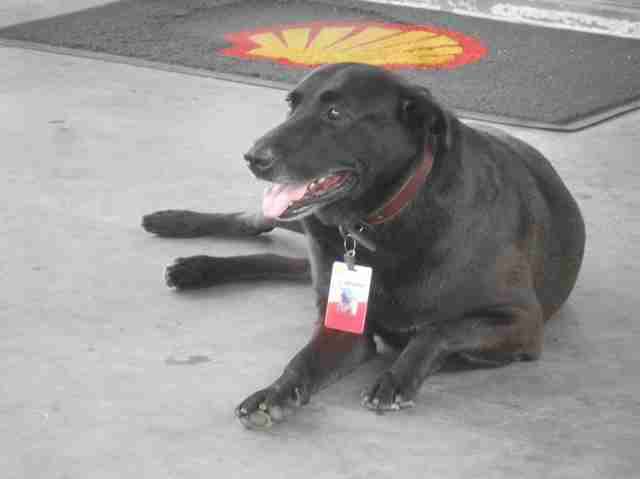 Negao has become a spokesdog for the local charity group Grupo FERA which tries to pair stray dogs with businesses when they can’t find a family home.

“It’s been sensational, encouraging people to have more respect for animals,” a spokesperson from Grupo FERA tells The Dodo. “And workers enjoy having the companionship of a four-legged colleague.” 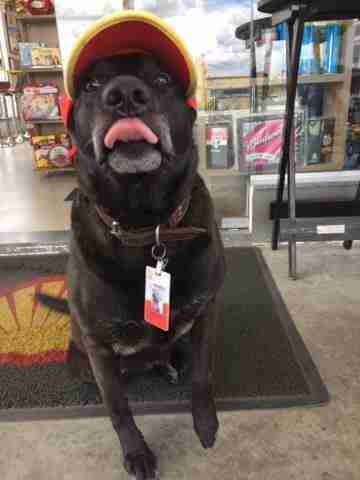