BREAKING NEWS: The Cape May Police Department in New Jersey responded to a call of delinquency. A pug had burst free of her home and was rampaging across the town in a flurry of smiles and kisses.

“Our officer went down and found the dog, picked her up and brought her back to the station,” Anthony Marino, Cape May Police chief, told The Dodo.

The dog was processed like any hooligan, mugshot and all. Or should I say “pugshot?” 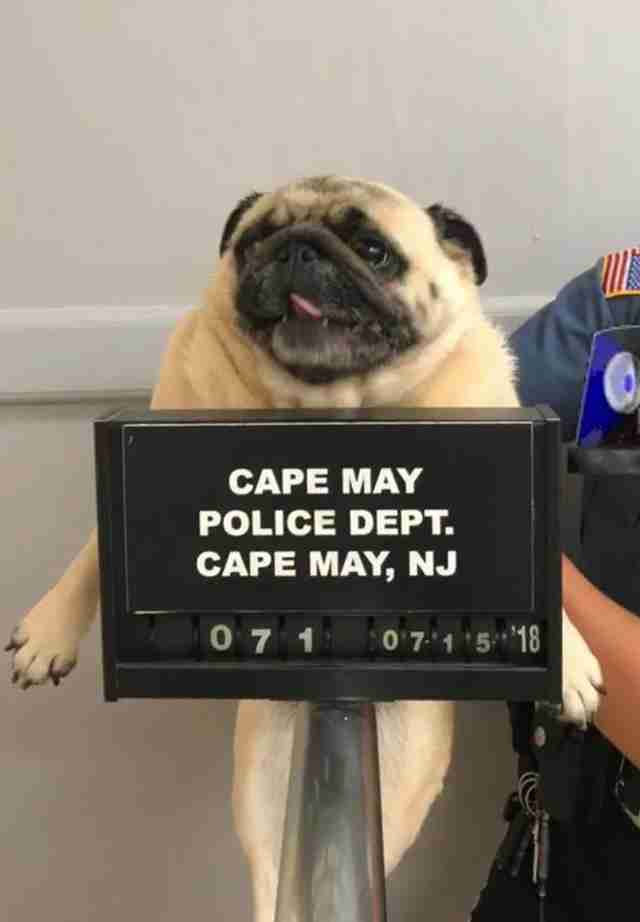 “They decided to take her mugshot to get her picture out on social media in kind of a humorous way,” Marino said. “We wanted to find the owner, because at that point we had no idea who the owner was.”

In the meantime, the hardened criminal was brought into a cell to consider what she’d done. 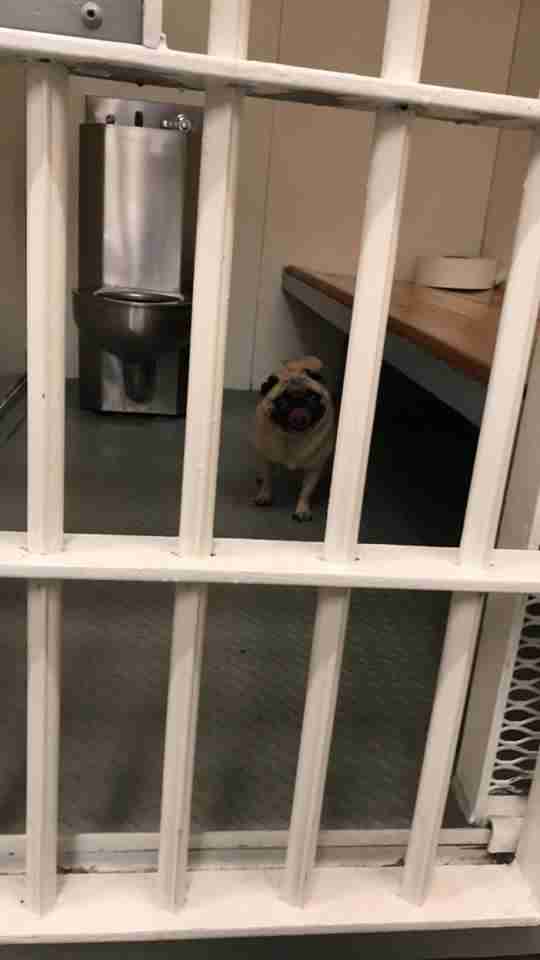 After the pug’s mugshot was posted to Facebook, it went immediately viral. They posted it with the caption “this is what happens when you run away from home.”

Because it went viral, they were able to find this rascal’s owner.

“We use social media a lot. It’s a great way to reach a lot of people. You can reach a ton of people. It’s a great way for us to get investigative leads,” Marino said. “And sure enough, someone who saw the Facebook post knew the dog’s owner and got in touch with them. We were able to reunite the dog and her owner. Everyone found it funny, but it ended up finding the owner for us.”

The pug named Bean was finally returned home. Hopefully this criminal has been reformed.