Dogs battling Grizzly bears is something we don’t hear in the news everyday… And it’s even more rare for such a sight to be captured in video… Yes… it is true! We got the video to prove it! Dogs VS Grizzly Bears! These brave dogs stood up to these bears 10 times their size and weight, just to protect their owners! And you won’t believe what happened next…

Henry the Schnauzer, Baby the Labrador Retriever and Crash the Spaniel, these three make one hell of a great team I must say! Their bravery and team work is nothing short of amazing! I mean, who would’ve known something like this could ever happen! For God’s sake, those were Grizzly Bears! 500 lb GRIZZLY BEARS!

And guess what! The combined weight of these three brave dogs don’t even add upto a 150 lbs! Also overlooking the fact that Grizzlies are fierce predators, as if the stacks weren’t already stacked up high enough against our team of brave dogs. But they did manage to chase those bears away! Not just once, but multiple times!

Wow… that truly was something I never seen before… a sight to behold!

Leave your comments below… let us know if this video blew your mind! It sure did mine!

And Don’t forget to SHARE this amazing video with your friends and family!

Bengal Tigers – Fierce predators… Jack Russell Terrier – Just the cutest dogs ever! Now, what will happen if these two encounter each other? Will the Tiger eat the dog? Kill it? Can the dog be able to protect itself from a giant 200 pound Bengal tiger? Or will it make the tiger its play buddy? Watch the video below to find out, This will BLOW your mind!

The Fernandez family adopted Panjo – The Bengal Tiger when he was just a tiger cub! Without an actual tiger mother to look after him, they were a bit worried! Until their family Jack Russell Terrier dog took over the parenting duties! Now, This tiger and the Dog, they are simply the best of friends!

Did you watch them playing and fooling around, having a good time? Wow… this really amazes me how powerful a bond these creatures can share with each other! Its just MAGICAL!

Do you know of such amazing stories of friendships between dogs and other animals? Please do tell us! And don’t forget to SHARE this with your family and friends and amaze them!

All dog owners have a list of “DO NOT EAT” items on their lists when it comes to picking the best meal for your dogs! Some foods will give them an upset stomach… Some can even poison them! Now, there’s one more food item you might consider adding in your new and improved “DO NOT EAT” items list (thanks to us! :P)… That is NUTS!

So, Dog owners, Please beware of rewarding your four-legged companion with a variety of salty treats in the form of nuts. Not all of them are harmful, definitely not, but some of them can cause toxic poisonings, an upset stomach or an obstruction in your dog’s gastrointestinal tract! And we all know these can lead to an emergency life-saving surgery and unexpected veterinary expenses. The cost to treat walnut poisoning could go up as high as $350 to $500! And the average cost to treat an upset stomach could be anywhere around $200-$250! Not to mention all the pain your lovable dog has to go through! 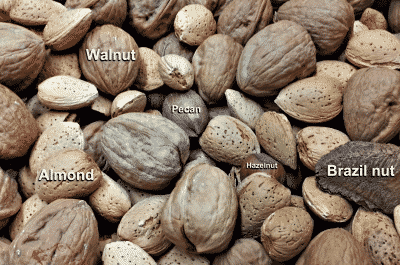 So, to ensure your pets’ complete safety, make sure to keep the nuts listed on the next page, way out of your dogs reach!

Continue to the next page to find out what other nuts to avoid!

Pit Bull Dogs have a perception in the general public of being vicious, mean and down right scary.  However many people don’t realize that what the public think s and what is reality just don’t match.  In this video a  Pit Bull in Ottawa County named Blitz saved a women from her estranged husband.

Blitz is a 2-year old 100+ pound Pit Bull and is the kind that most people fear, but his family he is very good with the kids and is very loyal to the family and is very keen on what is going on in his surroundings. This love for people and his keen sense is what helped him save a women’s life recently.  The family of Blitz heard a commotion in the street and they saw a man beating up on a women and dragging her to his car.  They opened the door to get a better look and that is when Bliz sprung into action and raced out the door.  Watch the video to find out what Bliz did next!

Pit bulls get a bad rap but in reality, there is story after story of them saving lives.  What do you think about Pit Bulls?  Do you have any stories you can share with us?  If so comment below.  We would love to hear your feedback.

Please SHARE this video with your friends and family…especially if you love dogs!

This dog belonged to fallen army specialist Justin Rollins who was killed in Iraq.  ABC news ran a story about Justin in which they showed a photo of him holding a little pup the night before he was killed.  This inspired his parents to ask the army to help them find the dog and bring it home to them.

As fate would have it, the army was able to find the dog and bring it to Justin’s family in New Hampshire.  Now they have the dog that brought Justin so much happiness.  ABC news sent a camera crew over to interview the family and take some video of the dog and what happened next was simply amazing…  The video on the next page shows what happened:

Dogs are loyal and they miss people when they are gone.  There is no better example when this cute Beagle named buddy gets surprised by his owner, a Marine who had just got back from deployment. In this awesome and heart-warming video on the next page you will see what happens when Buddy gets the big surprise!  Big SMILE!

This Beagle Dog sure gets a surprise when his owner a U.S. Marine returns home from deployment!  I got goosebumps when I watched it so enjoy.