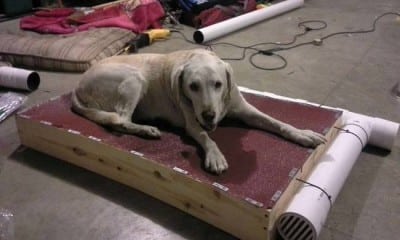 During the summer time, our beloved pet dogs get exhausted due to all that excessive heat. They have a normal body temperature of about 102 degrees, but unlike us they can’t sweat to regulate their body temperature. Breathing with their mouth open is the only way they can reduce their body temperature, but during the super-hot summer days it might not be enough. Thus, they are much more likely to get Hyperthermia… so they must be provided with enough cool water and have access to air-conditioned areas.

When a man noticed his 13-year old Labrador dog digging up his flower garden to get access to cold dirt during the hot summer days, he decided something needed to be done for the poor fellow. So, the man came up with an outstanding idea that’ll save his dog from the heat and also save his flower garden from the dog. He built a homemade air-conditioned dog bed out of computer fans, power supply, PVC pipes, and frozen water bottles! Scroll down below to learn how he made such a cool DIY air-conditioned dog bed…

*** First he made the frame out of wood, and cut three holes for the PVC air inlet. 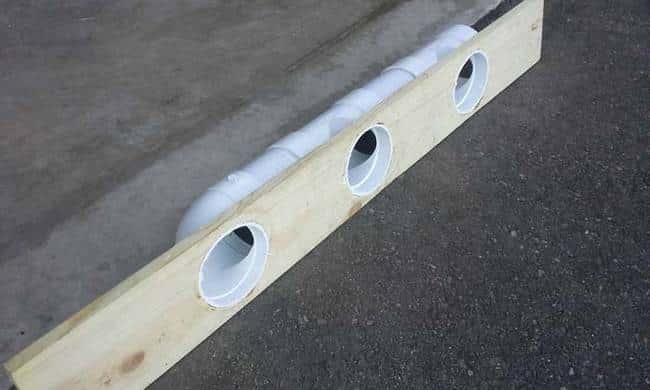 *** He attached fans to the frame and provided them with power using an old computer power supply. 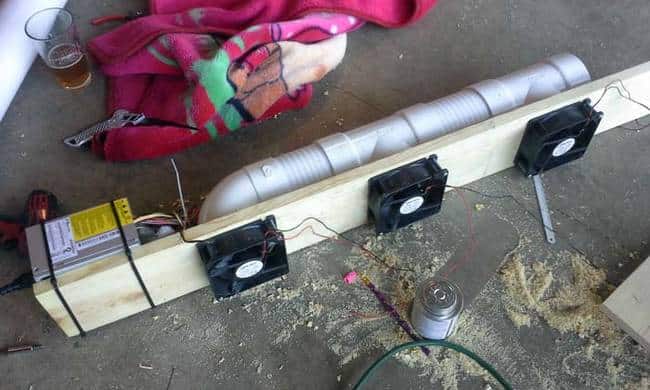 *** Here’s the frame and fans put together. 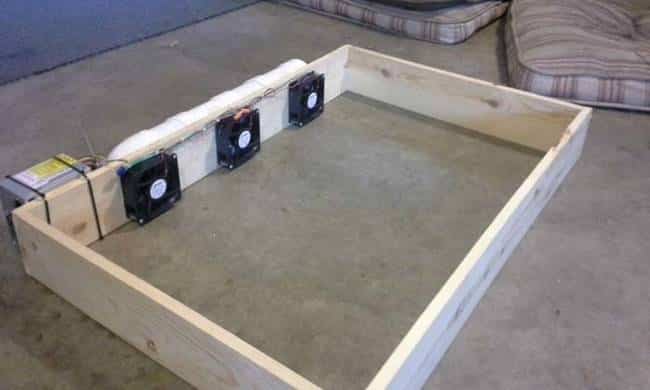 *** He finished off the cooling duct in a T-shape. 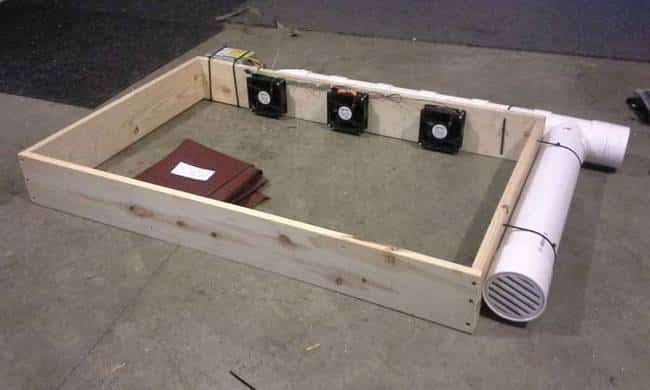 *** He tightly stretched fabric across the frame for the dog to lay on. It had to be stretched tight enough to support a 100 pound dog…that’s pretty tight! 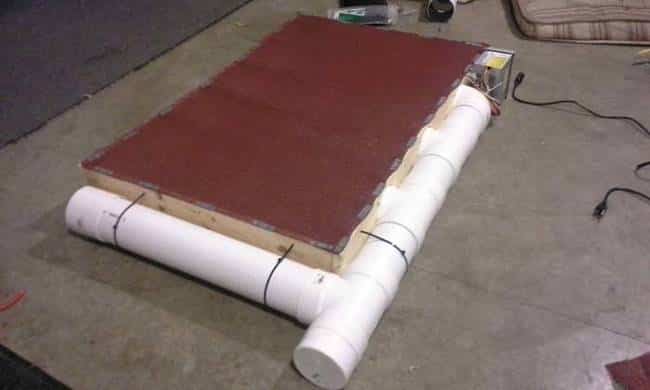 *** He removed the covers from the T-fit air ducts and added frozen water bottles in the openings. The covers for the duct act as vents, drawing in air from outside. The water bottles cool the air. 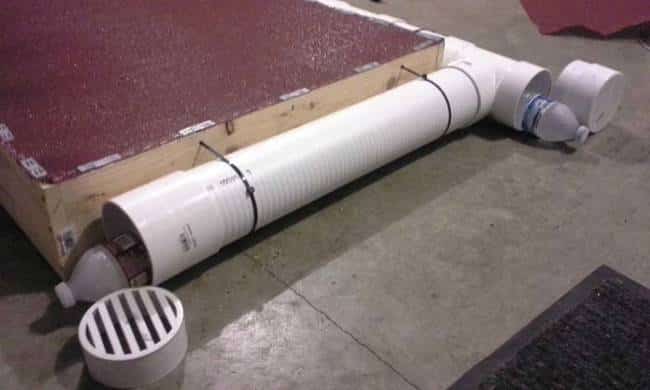 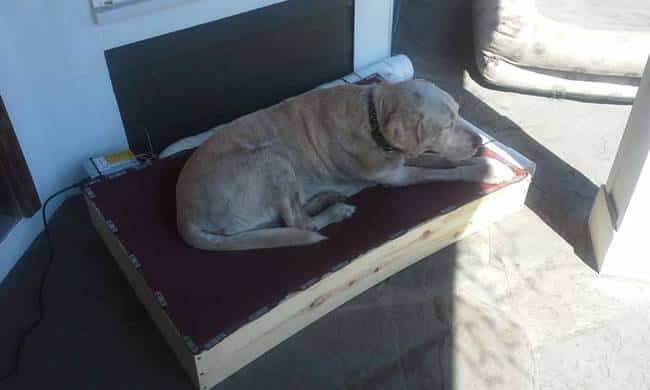 Isn’t this an awesome and quite literally the coolest dog bed ever? The owner must really love his dog to do this for her… what did you think of his idea? Would you have done it? Do you have other ideas to keep your dog cool in the summer? Let us know in the comments section!

And don’t forget to SHARE this cool dog-bed with everyone!