Target was a stray dog in Afghanistan when she was befriended by the soldiers stationed there. Target had two friends: Sasha and Rufus.

Among the soldiers who befriended the strays was Chris Duke: “A lot of us used the three of them as an escape when you’re homesick,” Duke said. One February night, a suicide bomber tried to enter the base. The three dogs attacked the bomber, eventually making him detonate before entering the base. No humans were injured.

Sasha however, was severely injured and needed to be put down. Later, Rufus and Target ended up being sent to the United States to be adopted. Rufus was adopted by Chris Duke, and Target was adopted by Sgt. Terry Jones.

After she was brought home, Target had an understandably hard time adjusting to home life. After being a stray dog in a war zone, being confined to a house was a big change.

Target escaped and was picked up by the county animal services. Jones filled out the online form and paid the fee so he could pick up Target on Monday.

When he arrived on Monday, he discovered that Target had been euthanized by mistake. “Obviously, at first there was extreme anger and horror. Now that a couple of days have passed, the anger has been replaced by sorrow,” Terry said.

“I am heartsick over this. I had to personally deliver the news to the dog’s owner, and he and his family are understandably distraught.” the director of the facility said. Because of public outcry an investigation is under way. Target, left, is pictured below. 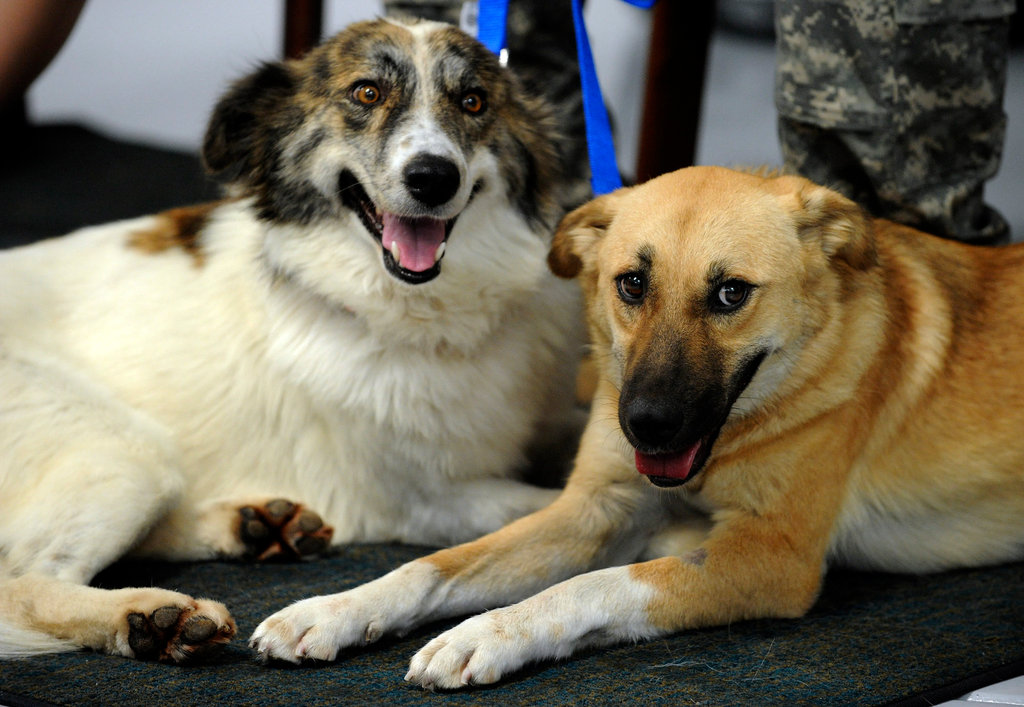